Even IKEA can fail

In 1974, Swedish giant IKEA decided to enter Japanese market with a local partner. It failed to win Japanese consumers' heart and withdrew in 1986. But their second attempt in 2006 is a success story.


One of the most characteristic features of IKEA is "Assemble Yourself" philosophy which reduces costs and results in low prices. Even their marketing statement is:


“Your partner in better living. We do our part, you do yours. Together we save money.”

Another characteristic feature of IKEA is its standardized product range which changes only 10% in different countries, in other words 90% of its product range is almost the same all over the world.
When they entered to Japanese market in 1974, they have only been in 4 other European countries yet. This was their first attempt outside Europe and although they lacked experience, they were quite sure that IKEA's unique philosophy would work well everywhere. They didn't think that any deep consumer insight would be necessary.
They opened a relatively small shop in Tokyo without changing their product range and applying the same strategy such as "Assemble Yourself" as in Europe.


Here are the two main factors why IKEA Japan failed on its first attempt:


1. Consumer Service: First of all, for Japanese consumers the quality of service is very important. When you go into a barbershop or a restaurant, staff would do everything to make you happy. And, you never give tips. (high quality without tips, I know I know, it's heaven!)  Therefore, the idea of buying in ready-to-install kits from IKEA was not welcome by Japanese consumers. They were not used to that kind of "assemble yourself" self service approach.

2. Product Range: Japanese houses are too small. Especially Tokyo is a densely populated city, where land and rents are very high. Therefore, people live in very small flats. IKEA's product range was built for European houses and Japanese consumers could not find furnitures fit for their houses. 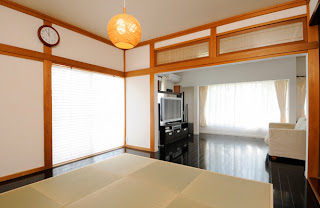 3. Rough competition: In addition to the lack of experience and consumer insight, there already were many Japanese furniture companies (such as MUJI) dominating the market with their traditional approach.

And in 1986, there was no other choice for IKEA except withdrawing from Japan.

IKEA Japan CEO, Tommy Kullberg, commented for that attempt later:
“The Japanese market and consumers were not ready for Ikea, and Ikea was definitely not ready for Japan at the time”


When they come again in 2006, they had already been doing consumer research for 5 years in Japan. IKEA visited more than hundred houses, carried surveys and analyzed Japanese market and competition deeply with the help of JETRO, Japanese Foreign Trade Organization.


This research led to 2 main conclusions: 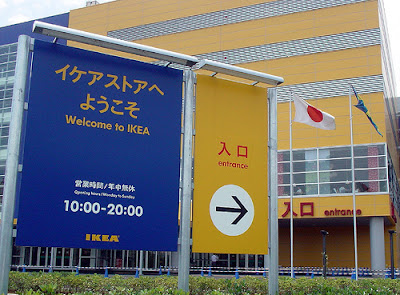 IKEA picked only 75% of their international product range. They opened a huge store near Tokyo, in an area full with furniture shops where the consumers rush to buy furniture.  Ikea comprised 70 mini-showrooms on the second floor of the store with the same size of typical Japanese room in order to convince their understanding of small-scale living.


This time, instead of insisting on high quality with low prices , IKEA came up with the concept of "making an ideal home".

Another scene from their 2008 campaign, pointing out that IKEA furniture can fit everywhere giving the comfort Japanese consumers need. Even today, they support their consumers with "How to shop" guides. 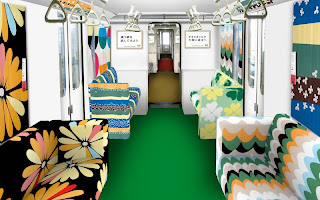 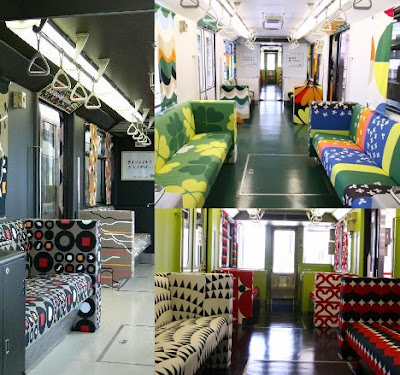 This painful experience taught IKEA how important consumer insight is.
Since 2006, IKEA opened 6 shops in Japan and they have been quite successful.

Popular posts from this blog 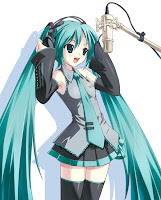 In March 2010, there was the news that 10.000 tickets of Hatsune Miku concert were sold out. Interesting part was not the tickets being sold out but the concert itself; Hatsune Miku was not a "real person" at all. As expected, Japanese fans of Hatsune Miku filled the concert hall and singed the songs together with their pop idol. Hatsune Miku (初音ミク) is a vocaloid (vocal + android) developed by Crypton Future Media and her voice is sampled by the Japanese vocal Saki Fujita. It is basically a music software and all you have to do is to give her the music & lyrics and she will sing for you. But beyond being a music software, Hatsune Miku managed to become a pop idol and the sound of future. (Hatsune means first sound and Miku means future in Japanese.) Some might think that Japanese people are different in terms of "being fan of something" but behind Hatsune Miku is a great marketing strategy to be stressed. Crypton cooperated with different co
Read more

How to increase awareness for global issues: Donation bottles

Mainichi Newspaper in Japan wanted to do more than just reporting world issues. They wanted to take action to solve them. The newspaper came with the brilliant idea of "donation bottles". Water bottle packages are designed as Mainichi newspaper articles that report world issues. Each bottle has a newspaper article on a different global issue. The income from these bottles are used to support people affected by the issue. They worked with the agency Dentsu Japan for this campaign.
Read more